While the LimeSDR family are typically paired with amplifiers, Robinson's efforts clearly show what can be achieved with a barefoot implementation, and set a high bar for those BATC members looking to follow him in the LimeSDR Challenge. 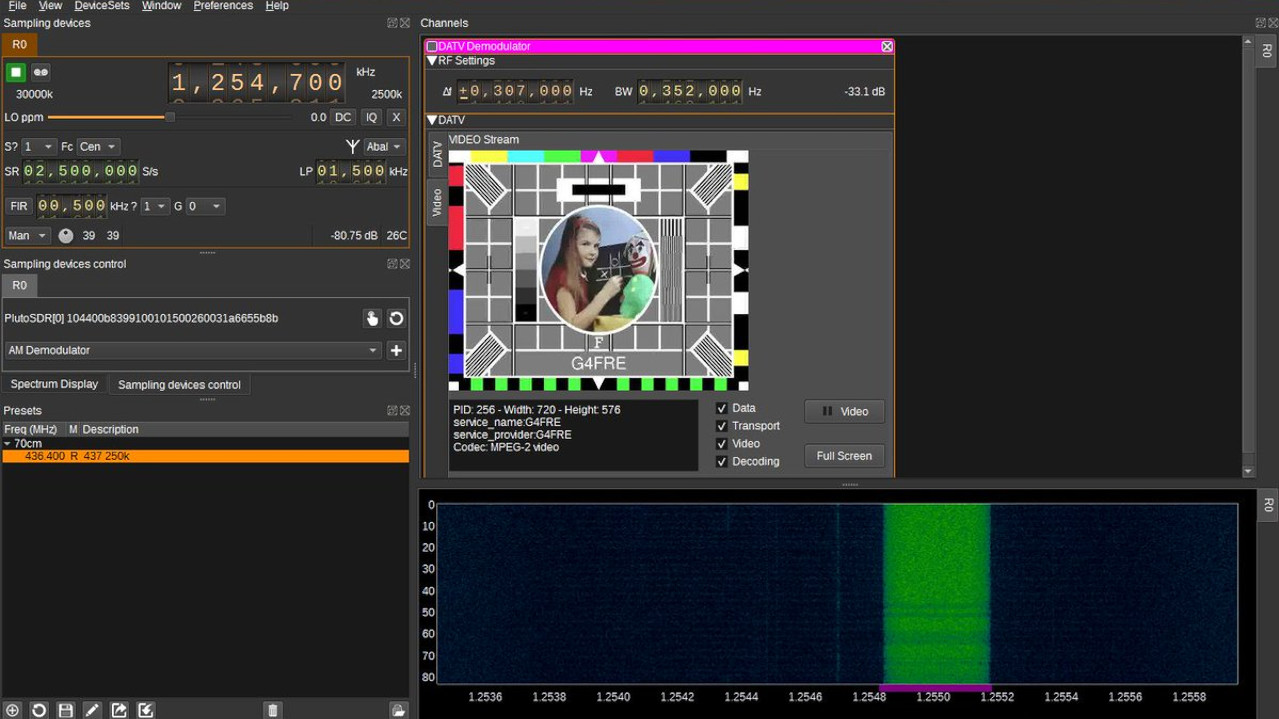 Radio amateur Dave Robinson has demonstrated successful transmission of amateur television over a 35 kilometre (21.8 mile) signal path using a LimeSDR Mini without an external power amplifier, as part of the community’s LimeSDR Challenge.

“As an entry for the LimeSDR Challenge, pictures were received over a 35km path last Sunday morning,” Robinson wrote on Twitter of his experiment, which is based on transmitting signals from the BATC Portsdown ATV project. “Transmit on 1255 MHz using a Portsdown driving a barefoot LimeSDR Mini.”

“The transmit antenna was a 23 element Yagi, mounted in my roof space (i.e. indoors,” Robinson told Lime Micro via email. “The LimeSDR Mini was mounted via a low pass filter directly on the antenna to reduce feeder loss. A low pass filter is imperative to comply with the licence conditions: the second harmonic is only 20 dB down on the fundamental. The controller for the LimeSDR Mini was the BATC [Portsdown] controller with the Raspberry Pi; my Pi runs off a 5.2V 5A switcher to avoid trouble powering all the devices and the components on the USB ports. The receive antenna was a PCB log periodic.

“It wasn’t really a surprise that the 35km path worked,” Robinson continued. “The same path had previously worked with DATV signals on 47 GHz, and I can see the target out of my apartment window.”

While the LimeSDR family are typically paired with amplifiers, Robinson’s efforts clearly show what can be achieved with a barefoot implementation, and set a high bar for those BATC members looking to follow him in the LimeSDR Challenge.