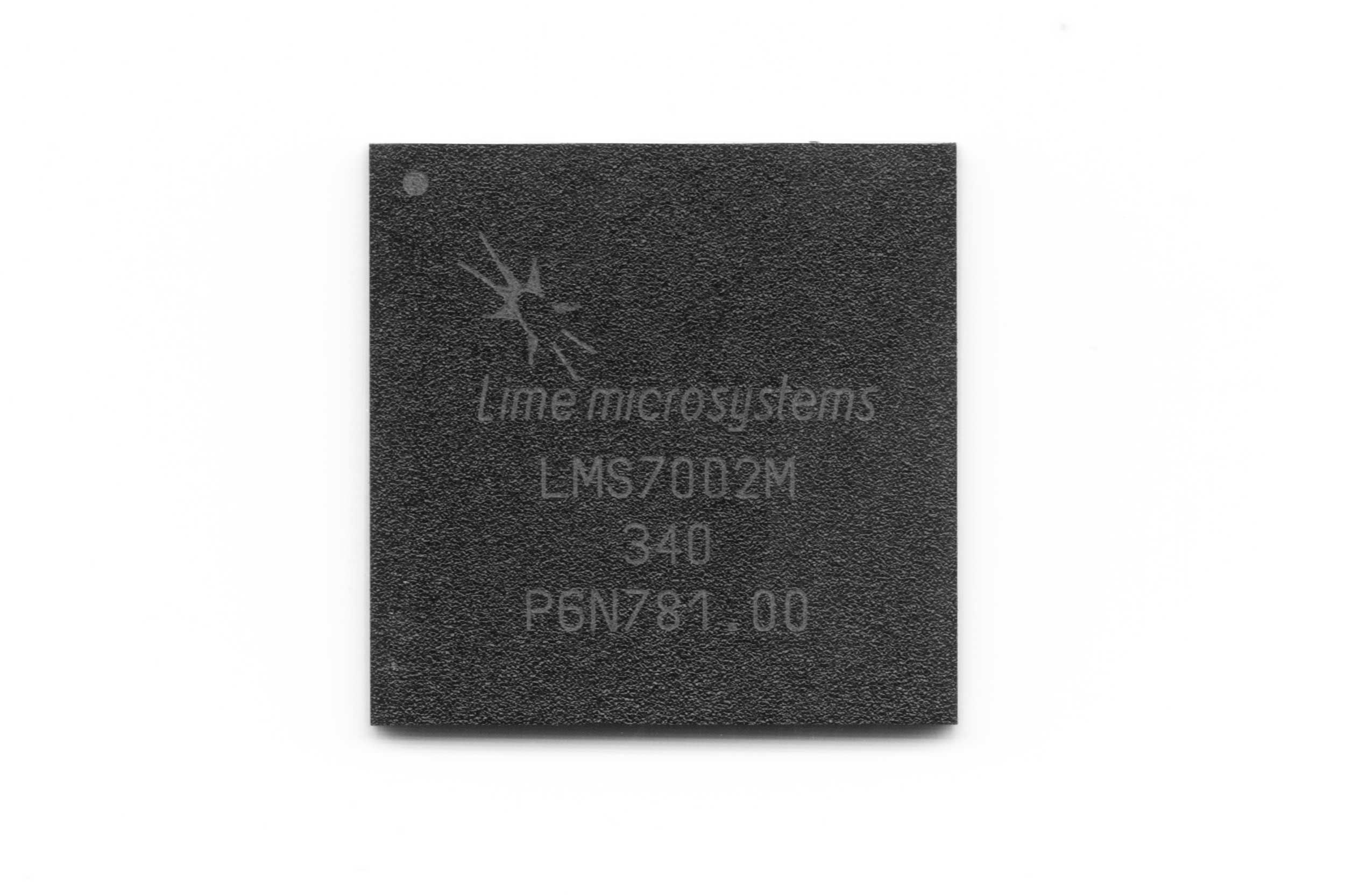 The chip also integrates 2×2 MIMO functionality and significantly extends the spectrum coverage. This makes LMS7002M ideal for a host of consumer and professional applications.

The LMS7002M supports all cellular standards and frequencies, including 2G, 3G and 4G / LTE and their TDD / FDD variants amongst numerous other standards such as WiFi.

It features DSP functions, an 8051 microcontroller, multiple 12-bit ADCs and DACs, LNAs, filters, PLLs and mixers to provide the highest level of integration. These elements can also be used as cost-effective standalone parts and the open architecture allows each function to be accessed and used separately. For the most demanding applications, external components can be used to supplement or replace the integrated functions.

The transceiver’s advanced capabilities such as its extensive on-chip DSP, provides superior functionality and greatly improves the overall system performance. The DSP enhances the analog gain and filtering with digital control and is an important factor in reducing the overall power consumption.

New features, such as the on-chip microcontroller, simplify the calibration and installation. The chip is programmed by a serial bit stream, and designed using a free open source configuration tool suite.

The LMS7002M can operate from a single supply rail of 1.8V with individual blocks capable of being powered down when not required for further power savings. This makes it suitable for a wide range of battery and mains powered mobile communications devices – from professional devices, such as small cells and software-defined radios, to consumer, machine to machine (M2M) and military radio applications.

Lime CEO, Ebrahim Bushehri said: “The flexibility, low power consumption, functionality and price of the LMS7002M FPRF, makes it an exceptionally disruptive entry to the transceiver chipset market. Our new architecture delivers an industry leading transceiver function for a fraction of the cost of existing solutions. And it can be configured to perform many of the functions used within the chip as standalone parts too.”

The chip’s aggressive price point also makes it cost-effective when used for standalone functions such as ADC, DAC, DDS, AGC, PLL or RF VGA. Lime will demo the FPRF transceiver at Mobile World Congress 23-27 February, Barcelona and sampling will start in Q3 2014.