"Applications include amateur radio, cellular networks, and much more," explains Lime Micro's Andrew Back of the project. "LimeRFE takes low-cost, high-performance, incredibly flexible software-defined radio to the next level. We can’t wait to see what the community builds with the combination of LimeSDR/LimeNET Micro and LimeRFE." 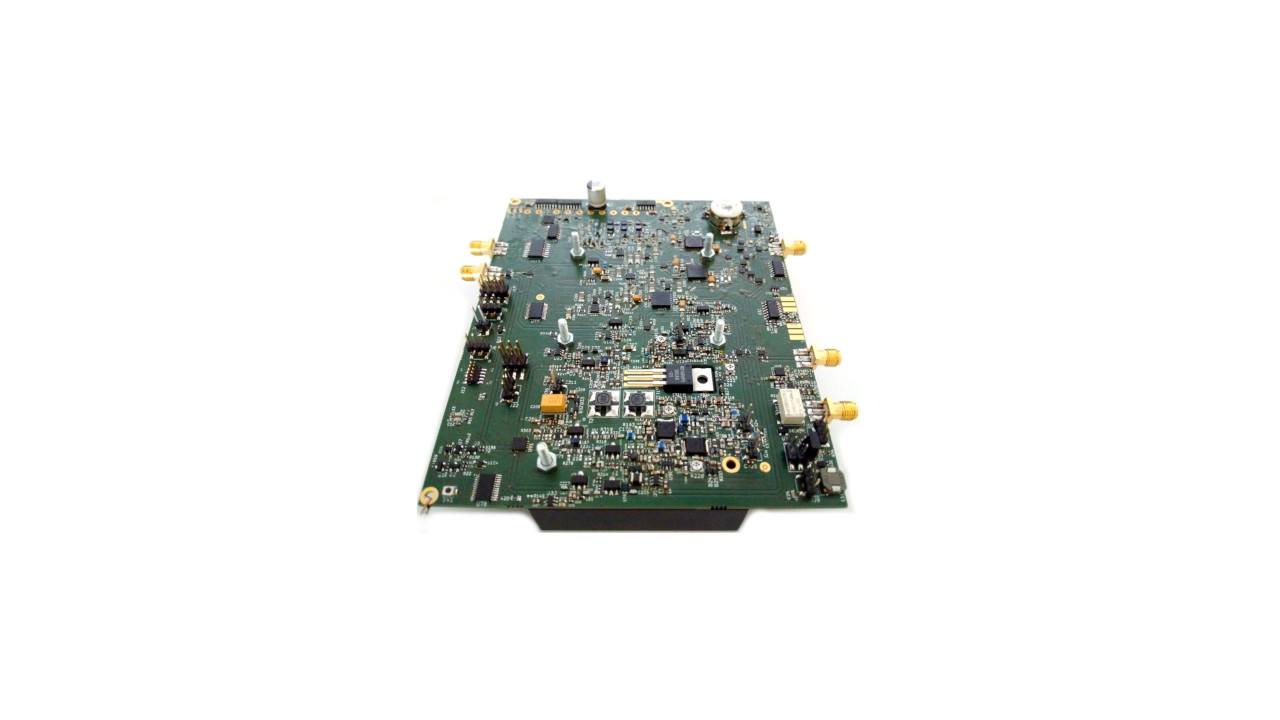 Following the success of crowdfunding campaigns for its LimeSDR family of software-defined radios and LimeNET family of combined software-defined radio and general-purpose processing platforms, all of which are made available as open hardware designs supported by an open software stack from the firmware upwards, Lime Micro has designed and tested the Lime RF Front End (LimeRFE) module. Designed for users of the LimeSDR and LimeNET families, including the popular LimeSDR USB, LimeSDR Mini, and LimeNET Micro devices, the LimeRFE is a specialised power amplifier module boasting custom filtering and support circuitry to enhance the functionality of its existing products. Those adding a LimeRFE to their LimeSDR or LimeNET systems will benefit, testing has shown, from a stronger and clearer transmission signal, reduced noise in received signals, and enhanced range for both reception and transmission – without the need to rely upon external amplification modules. The LimeRFE boasts software control of filtering for a range of radio frequency bands from High Frequency (HF) amateur radio up to the 3.5GHz band, including bands used for cellular networks, as well as a wideband mode for use with custom external filters. Its input/output (IO) system is bi-directional and level-shifted, meaning it can be used to drive external hardware based on inductive loads including coaxial relays.

“We are thrilled to announce the launch of our crowdfunding campaign for LimeRFE, a highly configurable RF front-end that provides multi-band power amplification and a low noise amplifier, plus filtering and support circuitry for use with LimeSDR and LimeNET ranges,” says Lime Micro’s Andrew Back of the project. “Applications include amateur radio, cellular networks, and much more. LimeRFE takes low-cost, high-performance, incredibly flexible software-defined radio to the next level. We can’t wait to see what the community builds with the combination of LimeSDR/LimeNET Micro and LimeRFE.” With funding already secured for the first production run of LimeRFE boards, backers of the project can expect to receive their hardware in November this year. Pricing for the LimeRFE during the duration of the campaign is set at $599, with a $900 bundle option which includes both the LimeRFE and the LimeNET Micro all-in-one software-driven radio platform.

Full details of the LimeRFE and its capabilities, including the frequencies covered, can be found on the Crowd Supply campaign page.