Describes the combination of Lime Microsystems' LimeSDR Mini and a Raspberry Pi single-board computer as "excellent for this type of research," proving that software defined radar projects "can be built at an affordable price at an amateur level without expensive radios and convoluted analogue gear." 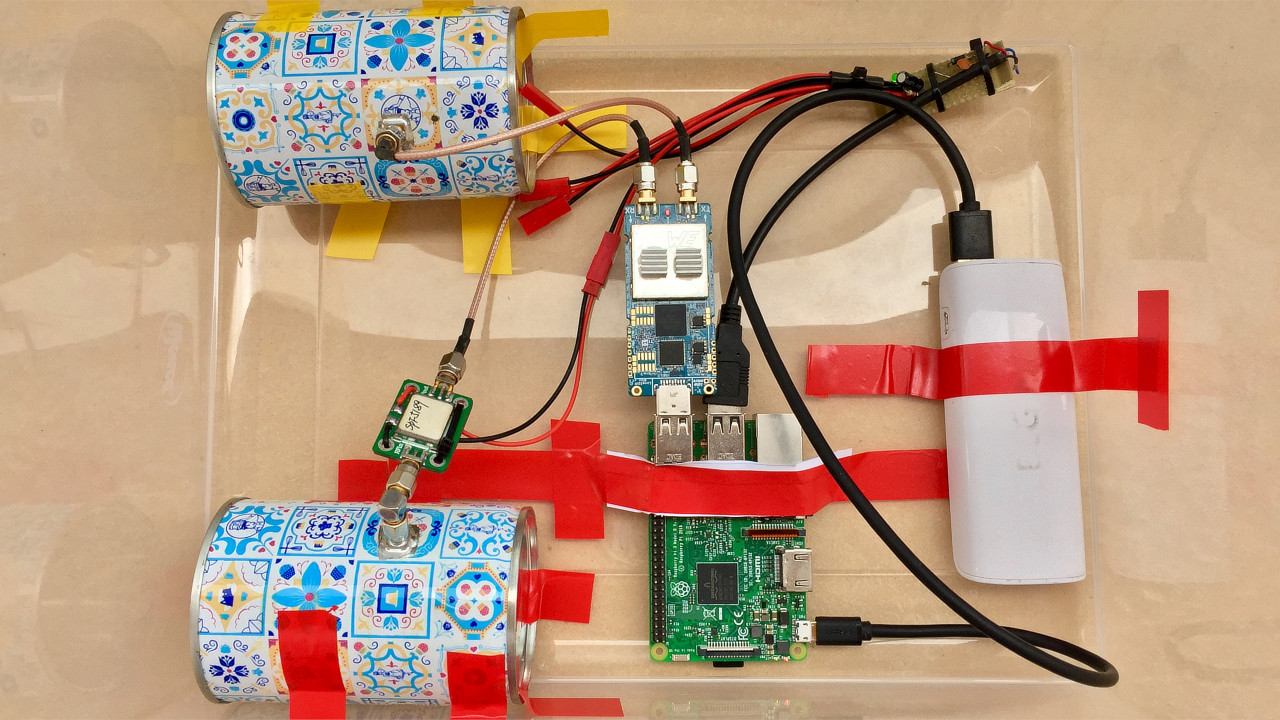 Based on the concept of single-frequency continuous wave radar, which Cruz describes as “a very simplistic kind of radar,” the system transmits on a 2.4 GHz frequency and measures the phase shift of the reflections. By calculating the Doppler shift effect, the speed of the target – which started as the blades of his office fan before Cruz went into the field to measure the speed of vehicles and pedestrians on a local road – can be calculated.

Rather than using off-the-shelf hardware, Cruz put together a custom system based around a LimeSDR Mini software defined radio connected to the popular Raspberry Pi single-board computer hardware via USB. Describing the LimeSDR Mini as “excellent for this type of research,” Cruz explains that the radar system is reliant upon the LimeSDR Mini’s ability to operate in full duplex mode, sending and receiving signals at the same time.

The digital front-end of the system is then connected to a battery pack, a wideband low-noise amplifier, and a pair of antennas – created by hand, Cruz explains, based on the ‘cantenna’ design concept. The software, meanwhile, is built in the open-source GNU Radio Companion (GRC) graphical interface to GNU Radio, with Cruz implementing transmission, reception, and calculation of the Doppler shift.

“To validate that the radar was actually working, I made an indoor test with a fan in front of the antennas. Since the blades of the fan are angled, the circular movement generates a linear motion that the radar can detect,” Cruz explains. “[The] last experiment was made to make sure the radar was measuring the correct speed. This time a car will pass in front of the radar at a fixed speed. If the speed of the car’s speedometer matches the speed measured by the radar, the results can be validated. The car made three passes with incremental speeds of 10 km/h, 30 km/h and 60 km/h. The result has shown that the car was indeed at the right speed at each pass, respectively 9.3 km/h, 28.8 km/h and 56.0 km/h.

“Software Defined Radar […] can be built at an affordable price at an amateur level without expensive radios and convoluted analogue gear,” Cruz concludes. “Of course, this isn’t ready for any serious purpose but it can be an excellent starting point for people interested to learn how radar systems operate. It was fun to develop and see how the theory works in practice. It also inspired me to build another type of more advanced radar based on software processing.”

Cruz’ full explanation of the experiment can be found on his blog, where information on his future radar experiments will also be published.