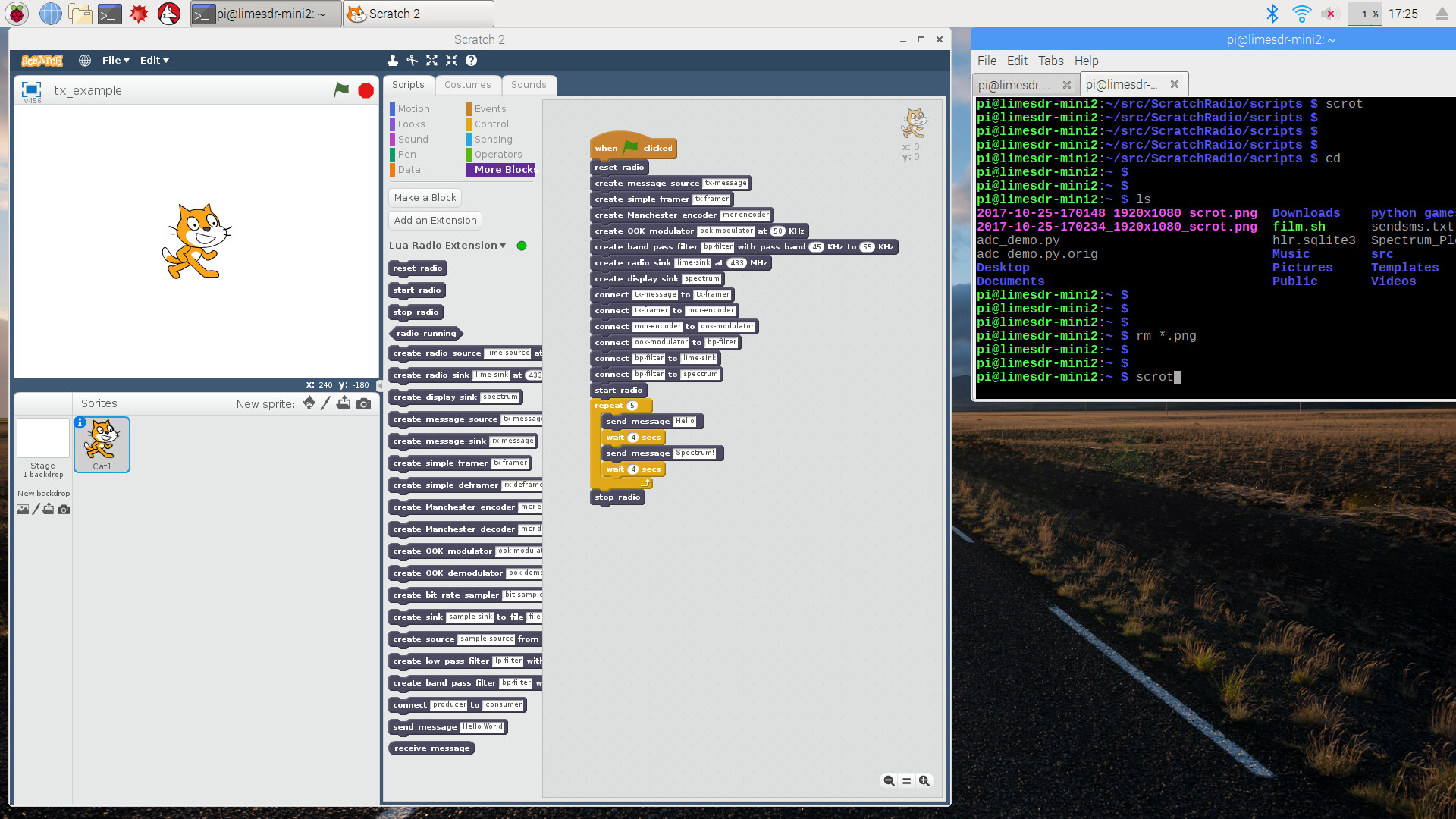 Coming up on two months ago, we first shared details of the SDR extensions to Scratch that we are working on, via an initial demo which creates a simple spectrum display. Since then, Chris, lead developer, has been busy working on implementing additional ScratchRadio blocks and we’re delighted to be able to now share with you complete transmit and receive examples using these.

In this latest demo, we have two Raspberry Pi 3 Model B computers running Raspbian, each connected to a LimeSDR Mini. One of these runs a Scratch project that transmits the text “Hello”, followed by a short delay, and then “Spectrum!”, using on-off keying (OOK) and with the Mini tuned to 433 MHz. The second Pi runs a receiver, also implemented inside Scratch, with the received messages being announced by the Scratch Cat (which is also the Scratch project mascot) sprite.

This means that it’s now possible to use a Raspberry Pi 3 plus LimeSDR Mini — at a sub-$200 combined cost! — to teach the basics of software-defined radio and construct simple applications. More complex projects could easily be constructed which use the ScratchRadio extensions together with, for example, Pi GPIO support to remote control LEDs, motors, displays, etc. And with the addition of a few more blocks, support for systems other than OOK could be implemented, too.