"We are excited to collaborate with O-RAN Alliance in bringing communities together to create software for this important access area of telecommunications," says the Linux Foundation's Arpit Joshipura. "This step towards execution marks another major milestone in networking partnerships across standards and open source organisations." 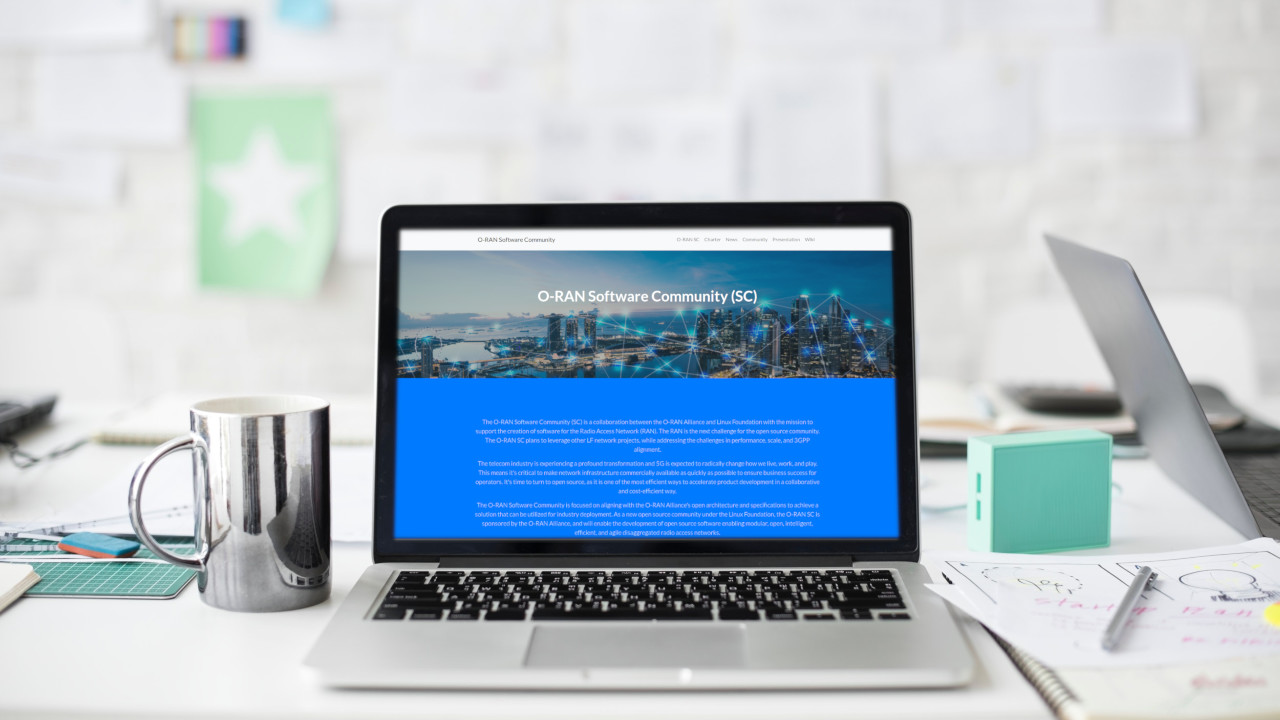 The Linux Foundation has announced a partnership with the O-RAN Alliance, to form a new organisation dubbed the O-RAN Software Community (O-RAN SC) with a remit of developing, maintaining, and providing open source software aligned with open architecture radio access networks (RANs).

Announced during the Open Networking Summit North America this week, the formation of the O-RAN SC will see the Linux Foundation and the O-RAN Alliance collaborate to develop open source software for modular, open, intelligent, efficient, and agile disaggregated radio access networks.

“This collaboration between the O-RAN Alliance and the Linux Foundation is a tremendous accomplishment that represents the culmination of years of thoughtful innovation around the next generation of networks,” claims Andre Fuetsch, chair of the O-RAN Alliance, president of AT&T Labs, and chief technology officer at AT&T. “The launch of the O-RAN SC marks the next phase of that innovation, where the benefits of disaggregated and software-centric platforms will move out to the edge of the network. This new open source community will be critical if 5G is to reach its full potential.”

“We are really excited to see the establishment of the O-RAN Open Source Community,” adds Chih-Lin I, chief scientist of China Mobile, co-chair of the O-RAN Technical Steering Committee, and member of the Executive Committee of the O-RAN Alliance. “The O-RAN Alliance is aiming at building an ‘Open’ and ‘Smart’ Radio Access Network for future wireless systems. From day one, the Alliance has embraced open source as one of the most powerful means to achieve its vision. The O-RAN Open Source Community is the fruit of a yearlong extensive deliberation between the O-RAN Alliance and the Linux Foundation. We believe that the power of open source will further the momentum and accelerate the development, test, commercialisation and deployment of O-RAN solutions.”

“We are excited to collaborate with O-RAN Alliance in bringing communities together to create software for this important access area of telecommunications,” concludes Arpit Joshipura, general manager for Networking, Edge & IOT at the Linux Foundation. “This step towards execution marks another major milestone in networking partnerships across standards and open source organisations.”

The development and deployment of open, disaggregated radio access networks is at the heart of Lime Microsystems’ vision for the future of cellular networking: the LimeNET CrowdCell, developed alongside Vodafone as part of the Telecom Infra Project (TIP), was part of a multi-vendor interoperability demonstration at MWC 2019 earlier this year, alongside the LimeNET Access cloudification platform; the LimeSDR family of software defined radios, meanwhile, have been used in projects ranging from the provision of private cellular services in ‘not-spot’ rural regions to compatibility services for analogue cellular communications devices long abandoned by commercial networks.

More information on the O-RAN Software Community can be found on the official website.