The company pledges to open a new technology centre and digital incubator in Manchester, offer a combined computer science degree and apprenticeship, and launches a £300,000 fund for technology with social purpose. 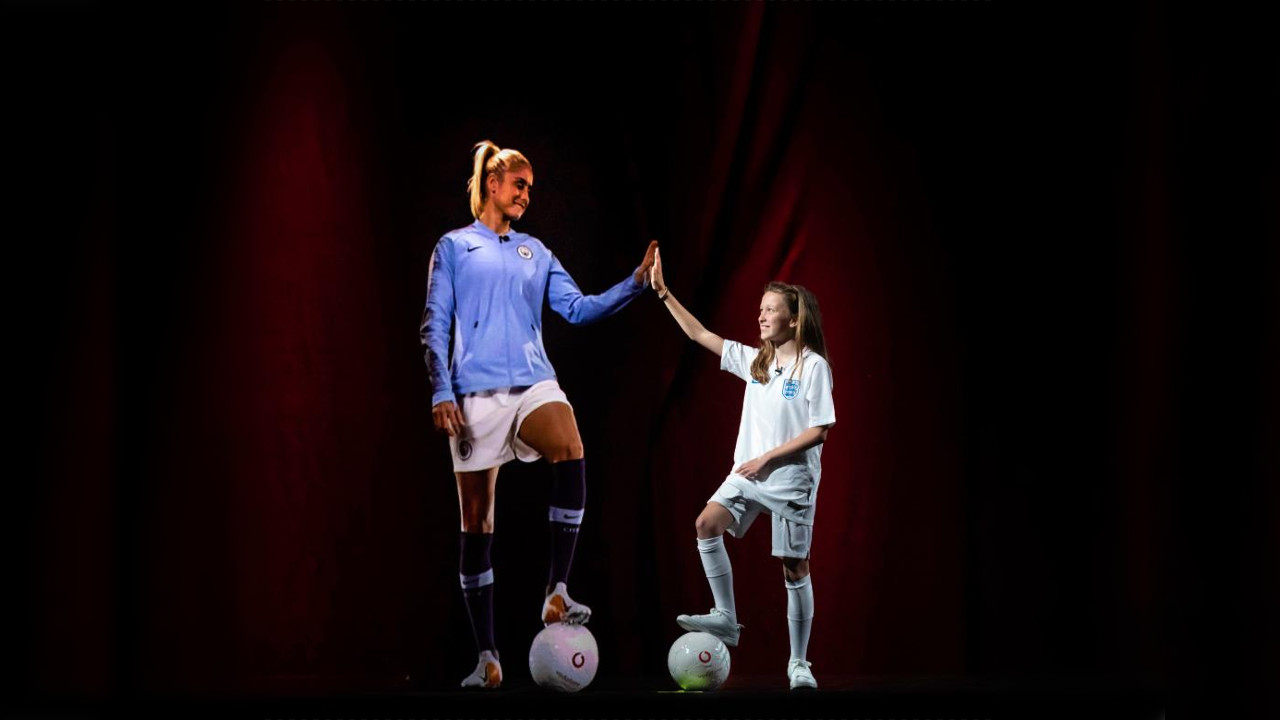 UK telecommunications provider Vodafone has successfully completed the UK’s first live ‘holographic’ video call, at an event during which it also announced plans for a new technology centre and digital incubator in Manchester and a grant programme for technology with social purpose.

Originating in Vodafone’s Manchester office, the technology demonstration saw England and Manchester City Women’s Football Captain Steph Houghton MBE appear to the audience as a live 3D hologram at the company’s UK headquarters in Newbury. While entertaining in and of itself, the demonstration came with the promise of more: proof that the performance of 5G New Radio networks will support high-bandwidth low-latency applications, from holography through to remote robotic surgery and Ultra HD resolution gaming.

At the same time, Vodafone announced a series of initiatives designed to expand the UK’s digital talent based and boost digital entrepreneurship. Chief among these was the announcement of a new technology centre and digital incubator in Manchester, created in partnership with the Mayor of Greater Manchester and MediaCityUK, and Vodafone Techstarter, an award aimed to promoting innovative technology with social purpose and promising access to a £300,000 fund in partnership with Social Tech Trust UK.

“Vodafone has a history of firsts in UK telecoms – we made the nation’s first mobile phone call, sent the first text and now we’ve conducted the UK’s first holographic call using 5G,” says Vodafone UK’s chief executive Nick Jeffery of the announcements and demonstration. “We also lead the industry in Internet of Things (IoT) technology, with the world’s largest dedicated global IoT network. The initiatives we’ve launched today are designed to ensure that everyone can benefit from the digital technologies transforming how we live and work. From our customers and employees, to university students, digital entrepreneurs and businesses, we want to help people across the UK get ready for a digital future.”

Other schemes confirmed during the event include Code Ready, offering frontline employees in Vodafone retail stores and contact centres the opportunity to learn programming and digital skills, and Vodafone Digital Degree, which is designed to combine a computer science degree from the University of Birmingham with a technology apprenticeship at Vodafone. The company has also confirmed £700 million investment for this year in expanding its converged network, which now offers home broadband, mobile, Internet of Things (IoT), and business services over a single all-fibre network.

Vodafone and Lime Microsystems have an ongoing partnership on the development of software-defined cellular radio platforms.