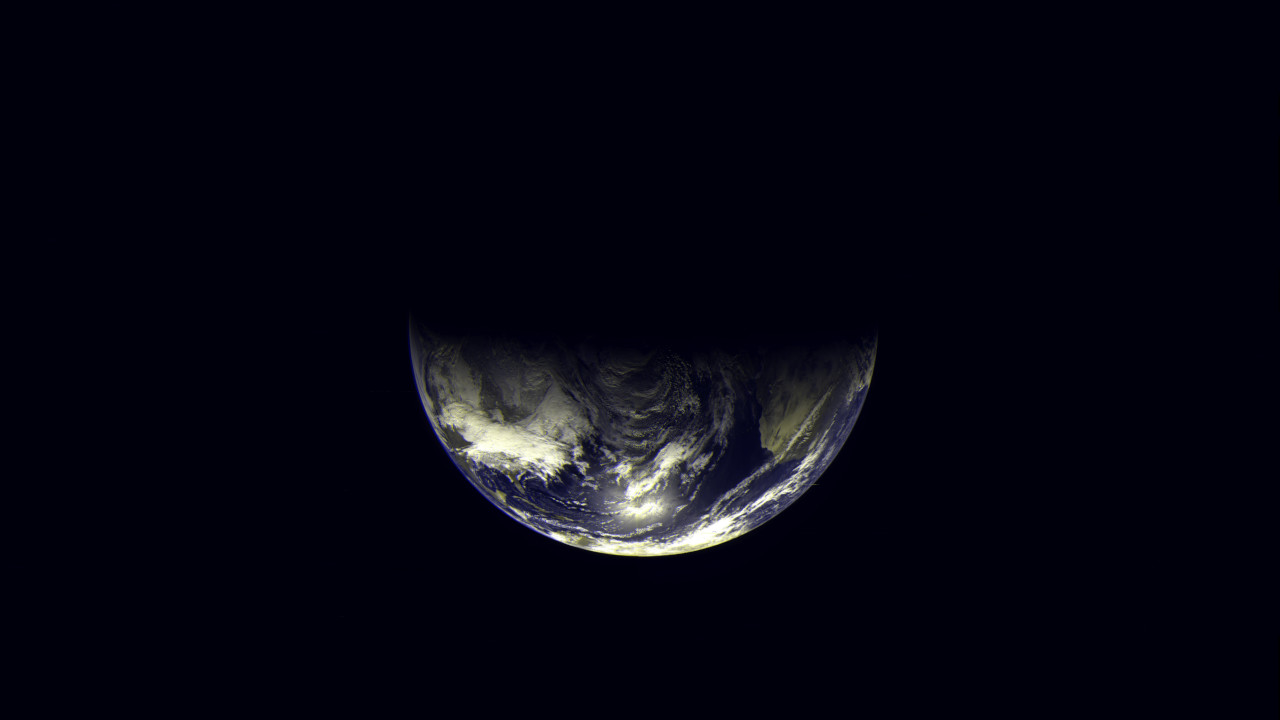 “My first good picture from the ARKTIKA-M1 satellite on 7865 MHz,” Veihweger posted to Twitter, alongside an impressive colour image of a half-lit Earth as captured by Russia’s Arctic monitoring satellite. Launched into highly-elliptical Molniya orbit as the first in the ARKTIKA-M constellation in February 2021, the ARKTIKA-M1 transmits in the X-Band – making it an ideal target for radio amateurs with a suitable downconverter.

My first good picture from the ARKTIKA-M1 satellite on 7865 MHz!
It appears that the satellite downlink is a lot stronger now which allows me to finally get a clean decode. I really hope it will stay that way! pic.twitter.com/qy7HDA2uAP

In an interview with RTL-SDR.com, Viehweger detailed the hardware used to receive the imagery. “A low noise pre-amplifier and a downconverter to convert 7865 MHz down to a lower frequency for easier reception with a high bandwidth SDR such as the LimeSDR,” he explained.

“In my personal setup I use a surplus pre-amplifier made by MITEQ (around 36dB of gain, 1dB NF), my own self-made DK5AV compact X-Band downconverter, and a LimeSDR USB. Recording is done with [the] LimeSDR USB running at a sample rate of 50 MSPS. The satellite transmits every 15 minutes once it reaches its apogee, each transmission including the idle period lasts for about 10 minutes.”

Some FFT screenshots of the actual signal! pic.twitter.com/TDHHDRchDF

The LimeSDR open-hardware software-defined radio, which is driven by Lime Micro’s LMS7002M FPRF transceiver chip, is linked to a 2.4m prime-focus dish antenna – though a different antenna may be needed in other areas of the world, Viehweger notes. Data recorded from the downlink is then decoded into a visible image using the popular SatDump utility.

Viehweger isn’t the only one using LimeSDR hardware for satellite communications: Numerous radio amateurs have experimented with both reception and transmission, including live-streaming video and digital voice transmission through the QO-100 payload on the Es’hail-2 satellite launched in November 2018.

My L-Band gear is now mounted on top of my X-Band gear which allows me to do both at the same time 🙂 I will probably try that on FY3B in the future. pic.twitter.com/SFdy04EwuT

Lime Micro has also partnered with the European Space Agency (ESA) to jointly launch the SDR Satcom initiative, designed to increase the rate of development in satellite communications technologies while also lowering the barrier to entry – by pairing a LimeSDR Mini software-defined radio with a specialist software distribution platform dubbed the SDR Satcom App Store.