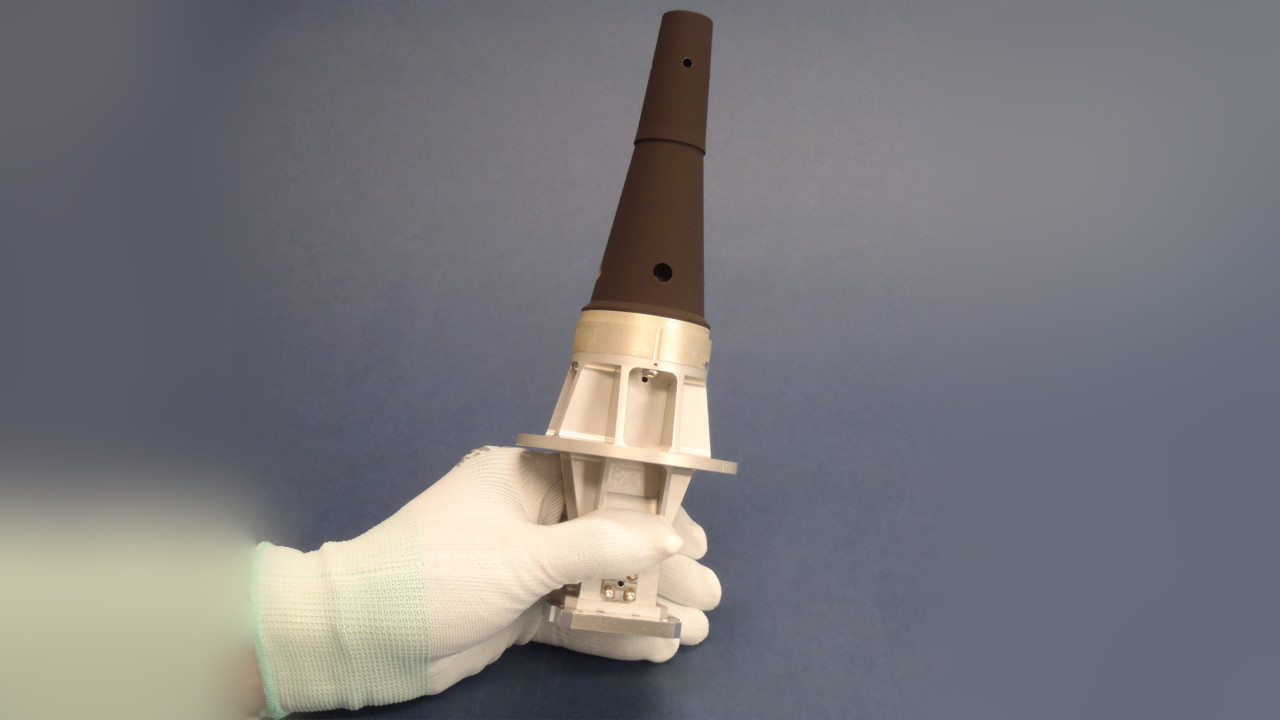 The European Space Agency (ESA) has announced the development of a compact, high-power antenna – “the size and shape of a large ice cream cone,” the Agency explains – for use as an X-band downlink antenna on future Earth-observing satellites.

Earth-observing missions move in rapid, low orbits and require isoflux antennas – antennas whose signal beam patterns are shaped so the signal strength remains as constant as possible regardless of angle – which have traditionally measured up to 50cm in diameter. The latest design, developed for the ESA by Ruag Space SB in Sweden as part of the General Support Technology Programme (GSTP), measures just 10cm in diameter and 26cm in height.

Based on quadrifilar helix designs – four strands of wire wound in a corkscrew pattern, first used in satellite communications in the 1970s as low-bandwidth emergency control receivers – the new antenna was originally developed as a scale model for interference analysis. “Once we saw these scaled-down designs, we had the idea: why not make working versions of these smaller quadrifilar helix antennas for space, operating at the higher frequency,” explains ESA engineer Peter Rinous.

The result was a compact design bearing no small resemblance to a large ice cream cone and which launched on board the wind-mapping satellite Aeolus, with future revisions to launch on missions requiring higher-bandwidth downlinks.

Lime Microsystems has previously partnered with the ESA on the LimeSDR Mini project and an upcoming Software Defined Radio (SDR) Satellite Communications (Satcom) app store for one-click installation of satellite-related applications on LimeNET and compatible platforms. Lime’s LMS8001A single-chip up/down RF frequency shifter is also capable of operating in the same X-band frequencies for which the ESA’s downlink antenna is tuned, allowing reception and transmission on connected lower-frequency SDR devices.

More information on the antenna design is available on the ESA blog.