Over 120% of the goal pledged at the end of campaign, mass production of the LimeSDR platform confirmed. 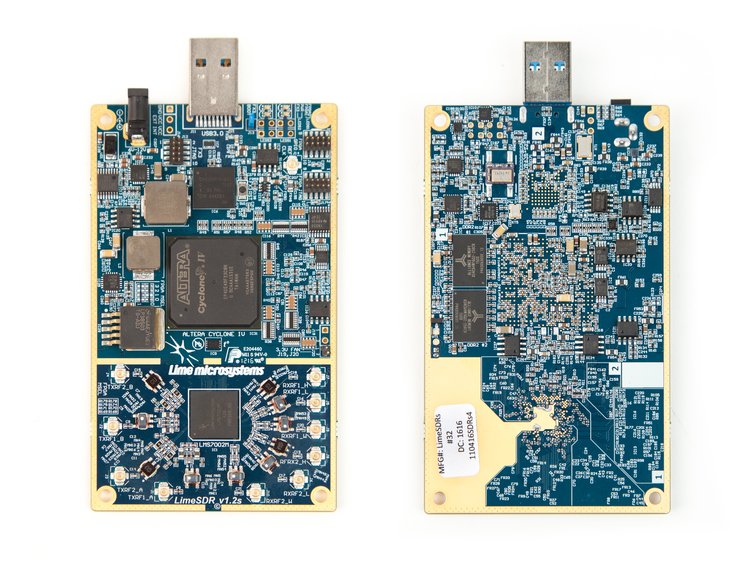 London, UK, June 22nd, 2016 – Lime Microsystems today announced that the crowd-funding campaign to bring its LimeSDR software defined radio platform into full-scale production has been a resounding success with over 120% of the goal pledged at the end of campaign. $610.659 has been raised with this figure and still continues to rise. The campaign, hosted on the Crowd Supply platform, was created to fund the final stages of development and mass production of the LimeSDR platform which will now go ahead.

The LimeSDR campaign has been both hugely ambitious and unique from the start, with an unusual feature of the campaign being the support of the UK’s largest operator, EE. This is the first time that a leading industry corporation has so publically backed a crowd-funding campaign of this sort.

A large aspect of the success of the campaign has also come down to the support and enthusiasm of individuals supporting the LimeSDR and pledging for boards. This community will now be able to develop the applications that will ensure the campaign’s vision of democratising wireless communication becomes a reality.

The LimeSDR platform is a low cost application-enabled software defined radio (SDR) platform that can be programmed to support virtually any type of wireless standard. From Wi-Fi, ZigBee and Bluetooth through to cellular standards such as UMTS, LTE and GSM and to the emerging IoT communication protocols such as LoRa – the platform offers endless wireless connectivity opportunities.

Ebrahim Bushehri, CEO of Lime Microsystems said, “We are absolutely delighted that the LimeSDR has succeeded. We have been blown away by the support from both the crowd, our partners and EE. However, this is only the start of the journey and we have an aggressive and ambitious roadmap around RF technology. With the success of the campaign we are determined to build on the momentum and are committed to making ever more powerful SDR technology available to an ever wider community.”

LimeSDR boards can be purchased individually for $299 and large operator ‘bundles’ are also available through the campaign page https://www.crowdsupply.com/lime-micro/limesdr

Further information is available at www.limemicro.com

The LimeSDR Crowd Supply campaign can be visited at www.crowdsupply.com/lime-micro/limesdr