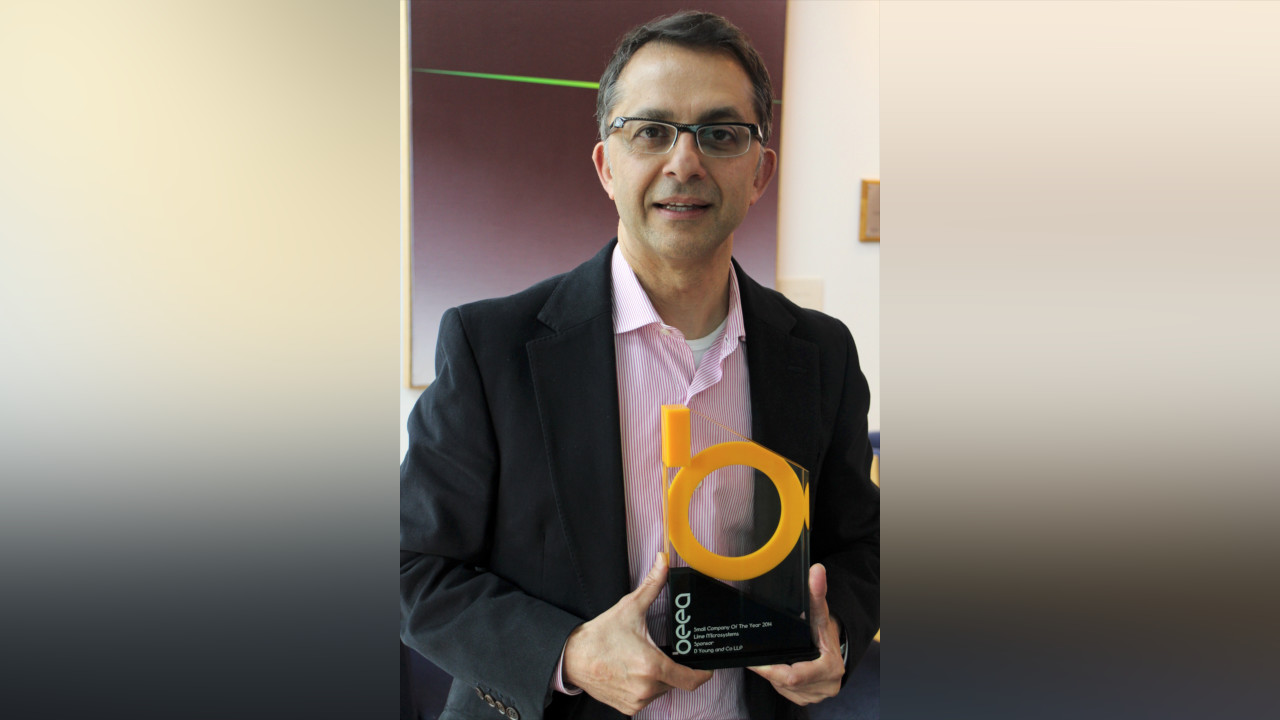 The winners were revealed at a lunch event held at 8 Northumberland Avenue, London on 9 October. Lime was awarded Small Company of the Year, sponsored by D Young and Co LLP.

The judges said of Lime, “With much of UK engineering consisting of smaller companies, it was no surprise that this proved a keenly-fought sector. The judges were delighted to note that this key sector was still producing highly innovative and successful companies.

“This year’s Small Company of the Year is Lime Microsystems, which specialises in field programmable RF transceivers for the next generation of wireless broadband systems. The judges were keen to reward the fact that Lime Microsystems has not only pioneered RF technology, but has also promoted open systems in the sector.”

Lime CEO Ebrahim Bushehri, said: “We are delighted to receive this award. We were up against some impressive competition and are proud that Lime Microsystems and the field of FPRF are being recognised by the industry.”

The British Engineering Excellence Awards (BEEAs) aim to demonstrate and promote the quality of engineering design within the UK; to emphasise innovation and effectiveness in order to allow smaller companies to compete on an equal footing with larger ones; to act as an incentive to the design engineering industry to create world-class businesses; to provide a benchmark of excellence from which the industry can learn and from which it can build; and to demonstrate the power of engineering design innovation within the UK to the world.

Further information is available at www.limemicro.com.