Lime incredibly proud to have this exceptional level of backing from many of the field's brightest minds. 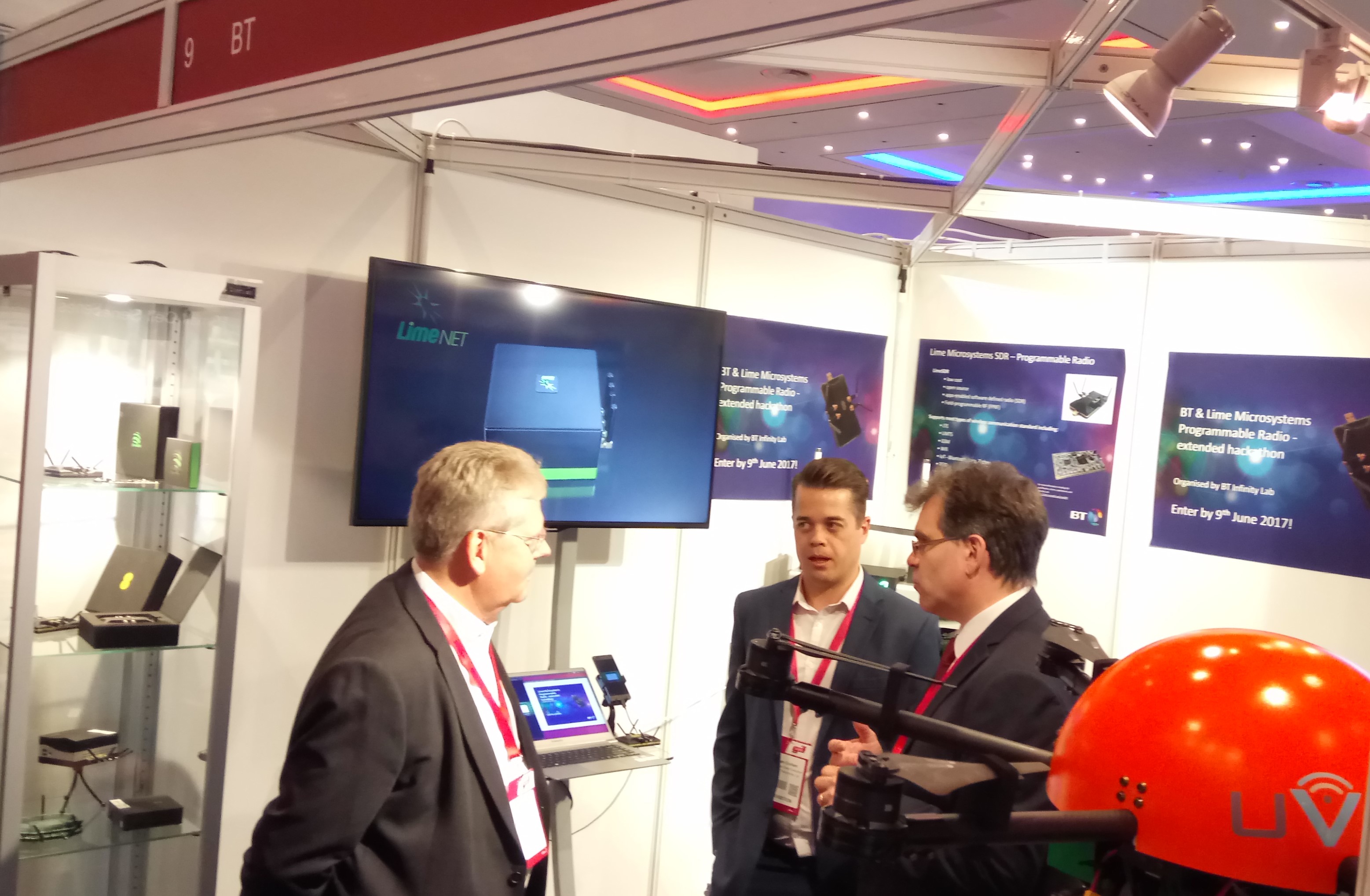 One of the key strengths of the LimeSDR and LimeNET devices is the backing that they get from the community. Ubuntu announced earlier this year there were now several thousand developers that “are currently involved in efforts to create apps, called Snaps, for LimeSDR”. We are incredibly proud to have this exceptional level of backing from many of the field’s brightest minds.

This week we are at SCWS World, and this community (as well as the LimeNET crowd funding campaign) is well on display. Not just in conversations with developers themselves but also visible on the BT stand. We’ve been working quite closely with BT and EE, and the results can be seen at the show with LimeNET being very visible on their stand.

Tomorrow is the last day of the show, if you’re there and have not yet made it to the BT stand come and see the future of wireless innovation.