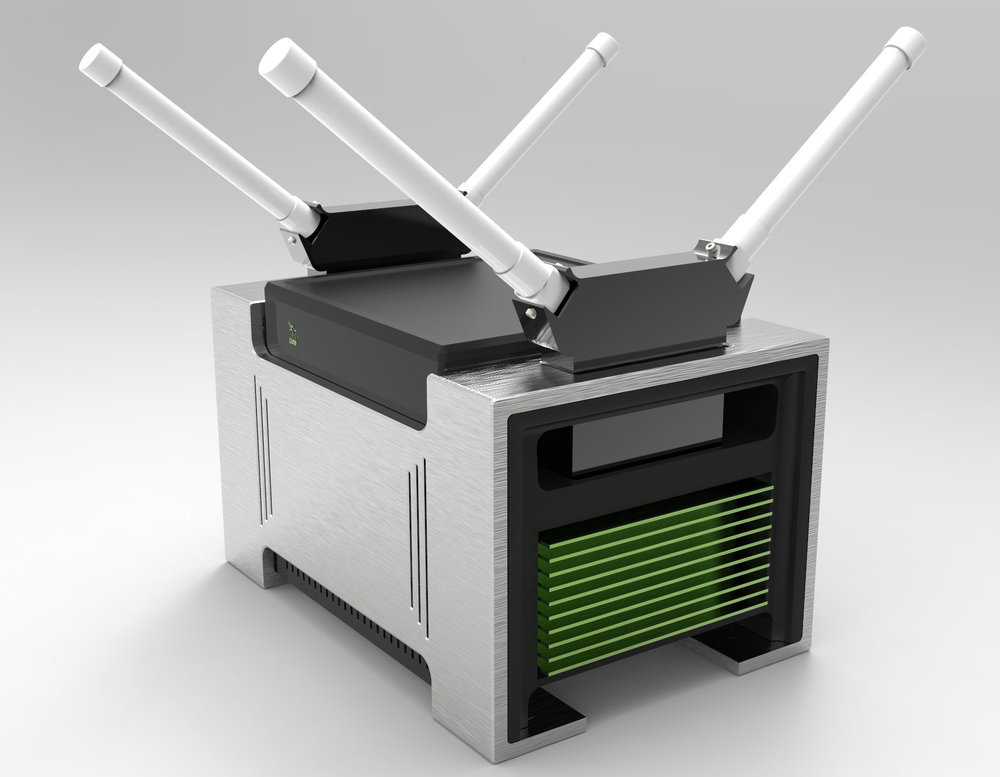 Lime’s campaign builds on the LimeSDR modules, which last year achieved it’s goal with over 4,000 pledges. The three new platforms for developers, enterprise networks and carriers uses among the most advanced radio technologies to dramatically cut the cost of wireless innovation, and change the way networks are developed.

The three systems available to backers are:

By using open-source configurable hardware not just on the core, but on the RAN too, developers are able to treat any wireless standard, be it 4G, 5G, LoRa, Sigfox or Bluetooth as an app. With systems updatable through software patches as and when new functionality is required and there is a large community of developers involved in creating apps for the LimeNET platforms.

Lime CEO Ebrahim Bushehri says: “We want to democratise wireless innovation, enabling this advanced technology to be into the hands of the many, not just the few organisations with huge budgets.

“Thousands supported LimeSDR, ranging from the hobbyist right up to a tier one operator EE, and we hope this can receive the same level of interest from the community and operators alike.”

Pricing for the LimeNET Mini residential small-cell will begin at $1,899 for early-bird project backers, rising to $2,199 after the initial early bird batch is sold.

Pricing for the wide area network in a box will be begin at $17,250 for early-bird backers. This is a fraction of the cost of existing hardware therefore enabling the cost of 4G / 5G roll-outs to be significantly reduced.

Backers can also purchase the carrier-class macrocell’s Core, Power Amplifier and LimeSDR QPCIe, which has 4×4 MIMO and double the capacity of the original LimeSDR board, separately for $7,699, $13,199, and $2,599 respectively.

The LimeNET suite of base stations hold the potential to completely transform the way telecom networks and IoT wireless infrastructure run, shifting the emphasis and value away from proprietary hardware to open hardware with app stores on top.

Both systems are software defined radio networks in a box, and use open-source, commodity hardware capable of running between 100 kHz and 3.8 GHz, and able to configure all cellular (2G-4G and proposed 5G) standards, as well as IoT standards like LoRa and SigFox and general networking standards like 802.11ac Wi-Fi and Bluetooth.

The LimeNET Mini is an app enabled, small cell base station that combines the LimeSDR technology with Intel’s powerful x86 motherboard. It is ideal for developing residential SDR applications – like IoT, or indeed any application to suit a deployment scenario.

The more-powerful LimeNET version is for carrier-class wide area network deployments – both urban and remote.

Supporters of the LimeSDR campaign included the UK’s biggest 4G operator, EE, which is partnering with several universities to deliver innovative systems, such as low-cost 4G rollouts to the remote Highlands and Islands of Scotland. The LimeSDR was also used to demonstrate IoT and cellular applications at Mobile World Congress by organisations including Vodafone and Ubuntu.

The LimeNET platforms use Lime’s LMS7002M field programmable RF transceiver to provide continuous coverage between 100 kHz and 3.8 GHz, with a 120 MHz RF bandwidth.

The transceiver contains two transmit and two receive chains to enable 2×2 MIMO. The platforms also run a sixth-generation Intel i7 core, with the carrier-class equipment running the latest 10-core version.

Its list of standards includes, but is not limited to cellular standards, including all regional variants of 2G, 3G and 4G – and those being planned for 5G; IoT protocols, including LoRa, Sigfox, NB-IoT, LTE-M, Weightless; general networking standards such as Wi-Fi, Bluetooth, Zigbee, RFID and digital broadcasting.

For further information on the crowdfunding campaign visit the Crowd Supply page.

Further information is available at www.limemicro.com.