The advent of highly integrated and low cost Field Programmable Radio Frequency (FPRF) chips has provided the solution to the wireless issues. 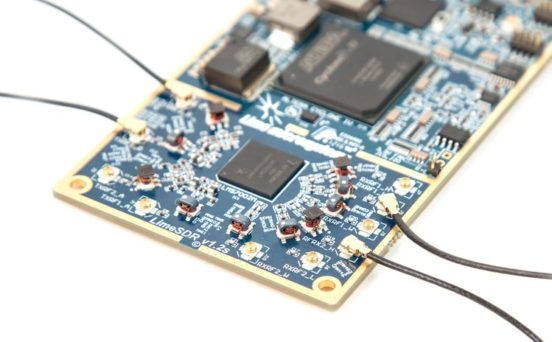 The Internet of Things (IoT) has been the subject of numerous articles and presentations, and it has also been the driving force behind many startup companies, so it is somewhat surprising that there is no standardization of either the protocols or communications to be used.

The IoT was formerly known as machine-to-machine (M2M) communications — this was before engineers had the idea of connecting all sorts of domestic, commercial, and industrial “things” — first to the Internet and then into the cloud. Companies such as Cisco predict 25 billion IoT connections by 2015, rising to close on 50 billion by 2020, which will drive the need for many more routers.

Some of the applications that are proposed for the IoT are extensions of existing M2M applications, while others may struggle to find a viable commercial application. For example, a toothbrush that guides the user on the correct way to clean teeth may be useful, but must be priced at only a modest premium over a conventional brush in order to become a mass market product. The current price of an IoT-enabled toothbrush that I was reading about is over $200.

At the other end of the spectrum in terms of complexity and sophistication are M2M applications, such as Asset Tracking, which stretch the limits of what is technically possible. Commercial realities underpin the use of IoT for asset tracking. A typical application is in a delivery truck. An active asset tracking system for fleet management combines a wireless transceiver with GPS positioning. It allows the head office to know at all times the location of the vehicle, engine statistics and status, and be warned of any attempted robbery or tampering with the truck. It also supports greater efficiency, because the controller in the head office can reroute the truck to a new pick-up point or to avoid traffic jams. This can justify the equipment and operating costs. Add to this the reduction in risk and lower insurance costs, and the financial argument is vindicated.

Staying with the example of a delivery truck is useful because it highlights some of the problems inherent in this application in particular and the IoT in general. Some form of wireless communication is obviously mandatory, but which connection type is the most suitable? A link to an array of satellites would seem very attractive for an asset that might be located anywhere in a wide geographic area. In most situations, the truck will be in the footprint of one of the satellites. However, in the urban canyons formed by skyscrapers and high rise buildings, the signal may easily be lost. Moreover, if the asset is parked in underground parking, there is no chance of a connection.

Cellular connection is a possibility. Operators are rolling out LTE networks, which are designed to be very efficient at handling data. However, for the foreseeable future, these will be constrained to urban environments, with rural coverage reliant on the older technologies.

The ideal wireless system would be capable of identifying what services are available and connecting to the most reliable or lowest cost link. This demands a very flexible and intelligent wireless system, which is only now becoming an economic possibility.

The advent of highly integrated and low cost Field Programmable Radio Frequency (FPRF) chips has provided the solution to the wireless issues. For example, the latest device from Lime Microsystems, the LMS7002M, features a frequency range from 50MHz to 3.8GHz. This spans all of the cellular bands and some of the popular satellite frequencies. The upper frequency range can be extended with the addition of a simple external oscillator and mixer to support Ku band operation.

The FPRF devices feature dual transceivers that are user configurable on-the-fly. The frequency, gain, and bandwidth are all programmed by simple instructions via an SPI link. This allows the device to be configured for, say, cellular operation while in the range of a tower, or reconfigured to operate with a satellite link when required. The trick is to be able to scan the frequencies to establish which service the system can use. Fortunately, this is facilitated by the FPRF working in conjunction with a baseband logic device.

Modern FPGAs have reached the point where they combine significant logic, DSP, and hard processors into a single low-cost device. For example, the Altera Cyclone V SE family extend to 110k logic elements, 112 dedicated DSP blocks, over 5Mbits of memory, and two ARM processor cores. The FPGA can be used for the baseband processing of signals, and the control of the FPRF chip.

Baseband processing may involve adding error correction codes on the transmit path and decoding the received data. This would use the FPGA logic fabric and DSP under the control of an ARM processor. The signal format to be transmitted will depend on a number of factors. For example, close to a cellular tower under strong signal conditions, quadrature amplitude modulation (QAM), such as 16 QAM or 64 QAM, will provide a fast data transfer. In marginal conditions, the wireless link might only support quadrature phase shift keying (QPSK).

There are a number of different frame formats that are supported by various satellites that the baseband chip may be required to encode and decode. Again, this would use the ARM cores.

The ARM cores can also be the intelligence that controls the FPRF. In search mode, it can load data into the wireless chip that will scan across a band of frequencies to determine the local wireless environment. The LMS7002M features a Received Signal Strength Indicator (RSSI) in each channel that gives an instantaneous reading at the selected frequency. This data can be used by the ARM core to select the channels and modulation scheme that it will use. The processor has a wide range of settings to select the required RF bandwidth and adjust the gain in the transmitter and receiver paths.

The data exchange between the FPGA and FPRF takes the form of In-phase (I) and Quadrature (Q) bit streams. The transmit path of the LMS7002M pre-processes the data using on-chip DSP filters. These supplement the analog low pass filters to provide an overall characteristic that complies with the 3GPP specifications for cellular systems. The data is then converted into analog signals using 12-bit DACs before passing through the filter and gain blocks. The direct conversion mixer in each of the transmit paths modulates the chosen RF signal, which is then passed through a programmable gain stage before being output from the chip.

There is a choice of three Low Noise Amplifiers (LNAs) for the receive path. One is broadband, while the other two are optimized for the upper and lower frequency bands. The RF signal is then directly converted to baseband by the mixer and programmable RX PLL.

The analog signal is separated into its I and Q components and passed through individual paths. Each path features programmable gain and analog filter blocks. On-chip 12-bit ADCs convert the signals into digital bit streams. The filtering is enhanced by DSP functions, before the output data is formatted into industry standard JESD207 for processing by the baseband FPGA.

The vehicle status can include a wide range of data points, such as fuel level, door or window open/close, odometer reading, engine RPM, and emergency or panic button status.

The information received by the asset tracker would include changes of route or other instructions. This could be output to the driver as a display on a screen or as a two-way telephone conversation.

The addition of a high-end asset tracker can bring many benefits to a transport operation. The system is self-configuring to optimize the communications link and maximize the up-time. The low power consumption of the FPRF and FPGA are an important consideration too, because the unit is permanently powered and the drain on the vehicle battery must be minimized.

The latest field programmable products are enabling many new innovative ideas that are now commercially viable. Both Lime Microsystems and Altera are fully supporting open-source as the route to bring concepts and designs to the design community. For more information on open-source wireless innovations visit MyriadRF.org.