FPRF: a highly integrated chip suitable for a wide range of wireless applications. 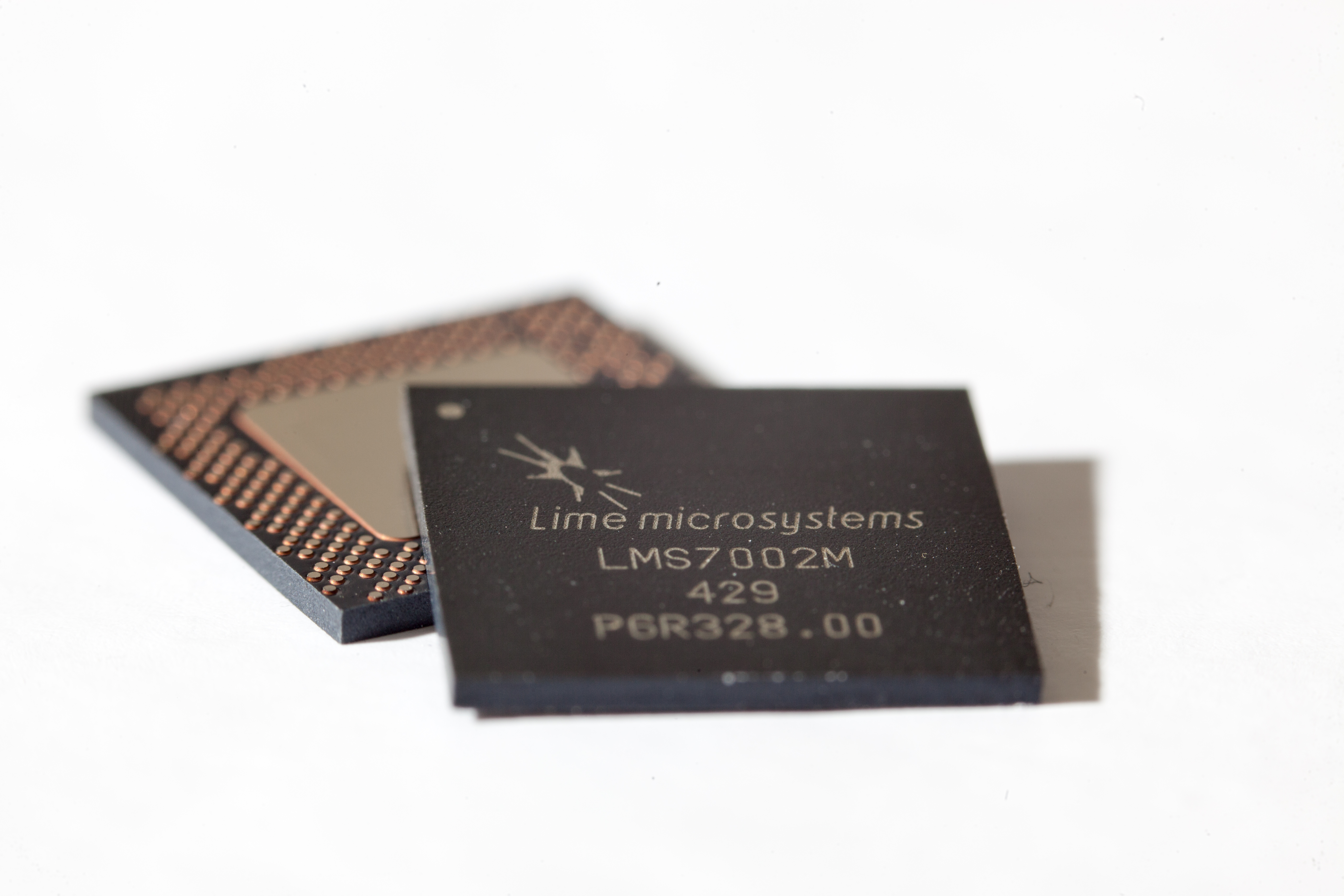 Last summer I wrote a blog about a new type of programmable device that is not for logic, but rather for wireless applications. Now, two new devices offer designers even more choice and capability.

A field programmable RF (FPRF) device is a highly integrated chip suitable for a wide range of wireless applications. It is a standard part that offers unlimited reconfiguration across the full range of wireless parameters, yet gives freedom from NRE (non-recurring engineering) expenses. This makes it fundamentally different from a device dedicated and tuned to a fixed function, such as a cellular transceiver.

The first groundbreaking FPRF device was launched by a fabless semiconductor company called Lime Microsystems. This single transceiver device is capable of performing functions that previously were the preserve of discrete chips such as data convertors, PLLs, and mixers, and it is therefore cutting into this lucrative market-space.

Perhaps unsurprisingly, Analog Devices (ADI), a $2.6 billion heavyweight in the analog market, responded last fall by announcing a highly integrated device of its own. The AD9361 pushes the level of integration up to provide a dual transceiver architecture suitable for MIMO (Multiple-Input Multiple-Output), which will be key to fast downloads in LTE and beyond. Samples are already shipping.

Lime has just announced details of LMS7002M, its second generation FPRF device, which will have general availability in quarter three. So the stage is set for a “David and Goliath” showdown.

Let’s compare the two chips. At first glance, the offerings look similar. Both boast dual, independent, direct conversion transceivers, which are highly programmable via a simple control bus over a wide range of frequencies, bandwidths, and gain levels. Customers can exploit this programmability because radio spectrum is so fragmented across the world. For example, there are more than 40 bands for LTE cellular, with many more needed for backward compatibility to 2G and 3G. So having a field programmable part allows regionalization to be achieved in software running on a common hardware design, thereby driving down production costs. The applications listed include small cells and general wireless systems, while Lime lists software defined radio (SDR) — a marker in which it already has a strong foothold. So both companies probably spoke to the same customers when defining the specification. No surprise there, I guess.

The main headline difference is that the ADI device covers a frequency range of 70MHz to 6GHz. This is nearly two orders of magnitude, and ADI is rightly proud of this capability (how you design a chip with such a wide range is beyond me). The new Lime chip stretches down to 50MHz at the low end while retaining the upper limit of 3.8GHz associated with its first device. So both products cover all the planned cellular channels, while the ADI also provides coverage for the 5GHz frequencies used by WiFi and point-to-point links.

Another difference relates to the RF power capability, because the ADI device can output +8dBm compared to only +3dBm from the LMS7002M. The power offered by the ADI device may be sufficient in some short-range applications to dispense with the need for an external power amplifier, thereby saving both cost and board area.

The wide frequency range and higher RF output may explain why the AD9361 dissipates a lot more power than the Lime chip. ADI list the typical supply for different frequencies, bandwidths, and for TDD and FDD modes, while Lime quotes an overall figure. The ADI dissipation obviously increases at a high transmit output, but a comparison with it outputting -27dBm gives typically 480mW in SISO (i.e., only a single channel operating) and 1W in MIMO. Meanwhile, in a like-for-like comparison, the LMS7002M sips 330mW in SISO and 550mW when configured for MIMO operation. Power consumption may not be a show-stopper in some applications, but these chips also target high-end consumer and military SDR equipment and cognitive radio, where SWaP (size, weight, and power) is a key concern.

Interestingly, for a company that also sells power management devices, the AD9361 data shows that it requires three rail voltages. Some are shown derived from external low drop out regulators (LDOs). Lime has integrated LDOs on-chip, making it possible to use a single supply, again reducing cost and board space.

Both data sheets mention programmable on-chip DSP (digital signal processing) to enhance their filter performance, along with Received Signal Strength Indicator (RSSI), Automatic Gain Control (AGC), and self-calibration capabilities. The companion baseband processor (BBP) can control the ADI device, while Lime has included an on-chip microcontroller and Direct Digital Frequency Synthesizers (DDFS), which can off-load tasks from the BBP, simplify calibration, and offer greater flexibility. The BBP is typically an FPGA or DSP processor, or may be a dedicated SoC for high volume applications such as residential and enterprise small cells.

ADI added an additional 12-bit auxiliary ADC that can be used for monitoring temperature or the transmit power output, and two 10-bit DACs for functions such as power amplifier bias generation, all of which again saves money.

The AD9361 is housed in a 10×10 mm CSP, while the LMS7002M uses an 11.5mm QFN square package. The penalty of a larger package may be driven by the higher number of signal pins that Lime brings out. Its philosophy is to give users access to intermediate points along the signal chain, so that external components such as filters, data convertors, or low noise amplifiers (LNAs) can be substituted if the system requirements need enhancements (more on this below).

The above discussions provide only a brief foray into the technical stuff, but there are bigger differences in the “soft” areas. For example, while ADI can support designers through its existing network, the Lime approach is for direct support supplemented by an open-source model as appropriate. That’s an interesting approach for a semiconductor vendor, and with pioneering projects such as Arduino and Raspberry Pi setting new records every day, who would bet against it?

But the biggest difference that I found took a bit of digging. The AD9361 is stocked by distributors who show a sample price at $341 and list price of $175 in 1,000-plus quantities. The Lime press release said their part will be priced “aggressively” and invited customers to contact Lime directly. So I did. I was told that the LMS7002M will launch at no more than the cost of the current device, which samples at $110. That makes the ADI part three times the price. Not only that, but I was told the high-volume price will be so low that it will make it attractive to replace standard components such as dual 12-bit ADCs and DACs, DDFS, and programmable filters and mixers. (Remember I said that the user can access lots of intermediate points along the signal chain — that’s another reason why this was added and why the device has a fine granularity of power-down options.) All of this sounds like a disruptive attack on the wider analog market.

My conclusion is that ADI is targeting professional equipment and emerging applications in the range up to 6GHz, while Lime will service requirements in cost-driven designs and those using the lower frequency bands. The stage is set for explosive growth in applications like small cells, SDR, M2M, and white space. Now engineers have a real choice with regard to bringing exciting new wireless products to market.