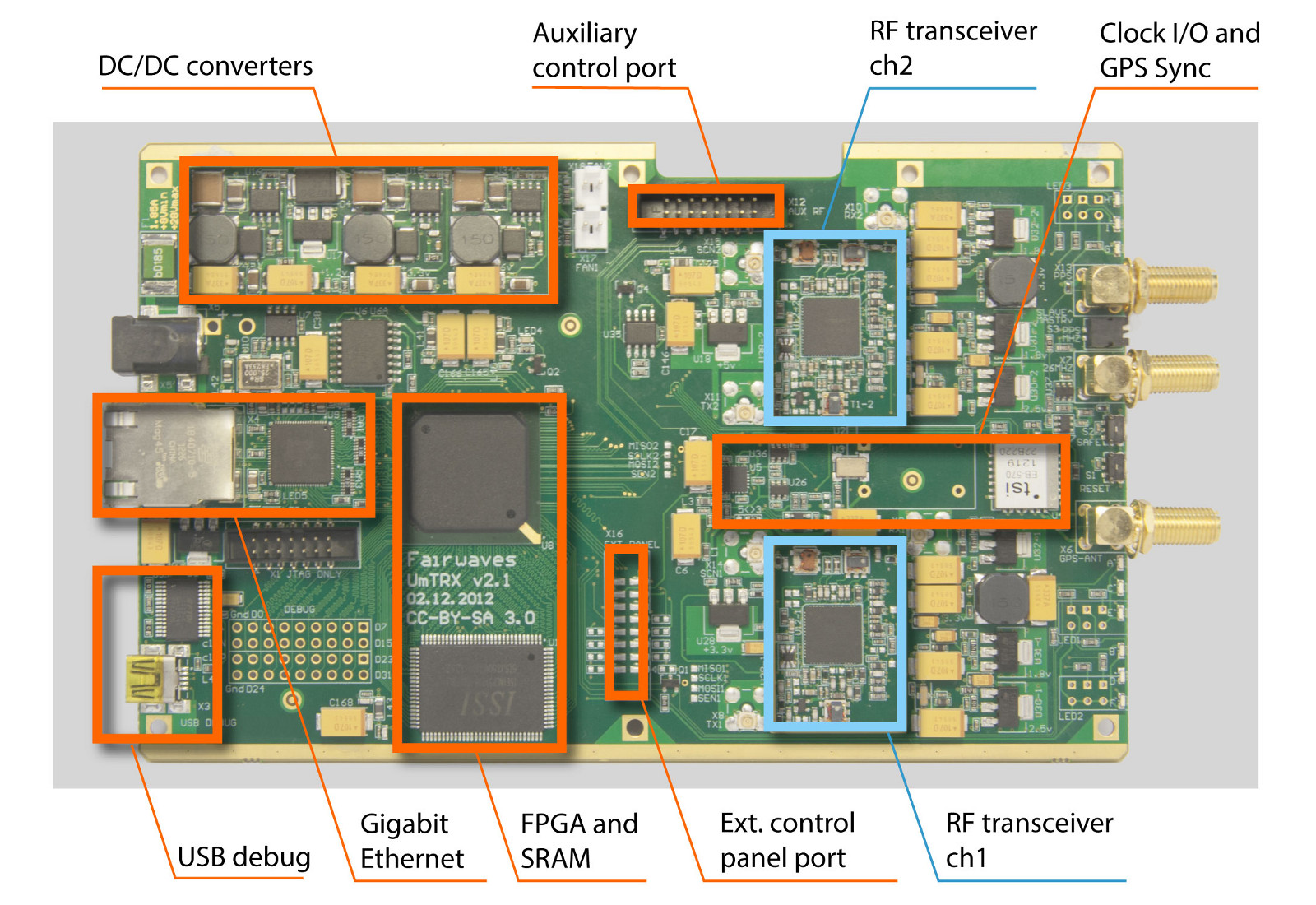 In 2013 Fairwaves announced the UmTRX, the industry’s first truly open-source and professional grade base station transceiver.
This is an incredibly important launch as it fills in the last remaining gap in the open-source GSM ecosystem so means anyone can now build a complete base station from open-source pieces.

The UmTRX launch advances the open-source model beyond the current USRP systems, where typically schematics, but not layout files were published. It also aims to take a truly open-source model – applied to mainly hobbyists and lab use – to industrial and carrier-grade quality applications.

Although it is designed for GSM, the UmTRX uses the LMS6002D field programmable RF transceiver so can be configured to run on any communications frequency (0.3-3.8GHz) and any mobile communications standard (LTE, WCDMA, WiMAX).

UmTRX was created as a GSM base station transceiver, but the capabilities of the FPRF means it can be deployed for LTE and other systems with a very small incremental cost. It also uses the UHD API, familiar to all USRP users, so people can use their existing applications with UmTRX.

The UmTRX also acts as a transceiver for UmSITE – a complete base station, manufactured by Fairwaves. The UmTRX for UmSITE are rigorously tested and calibrated during manufacturing, ensuring best performance throughout the whole range of operating temperatures.

Highlighting the rise of open source RF in 2013, the launch also follows on from the Myriad RF open source RF project for hobbyists and design engineers.

Buy from the Fairwaves web-shop.