"Technology plays an increasingly important role in connecting people over Christmas," claims Vodafone UK's chief technology officer Scott Petty. "Flying a drone over 4G for the first time gives us a glimpse of what Christmas deliveries of the future might look like." 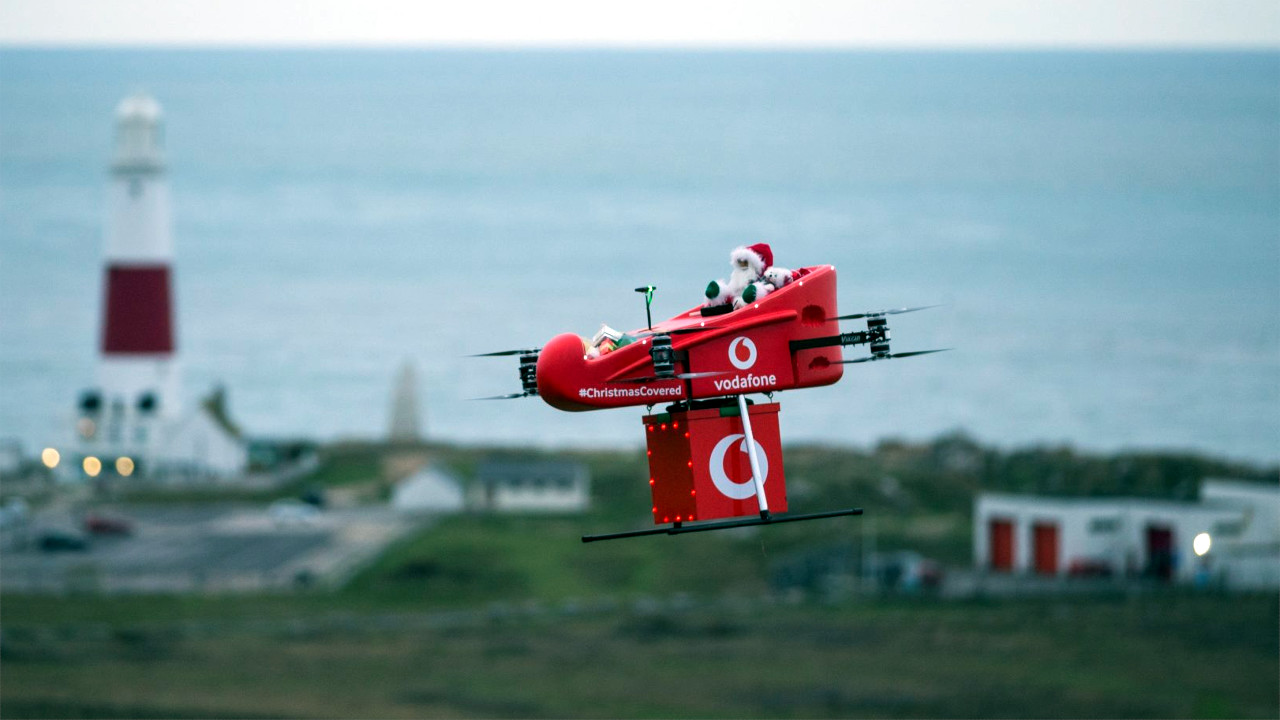 The UK arm of communications specialist Vodafone has successfully completed the UK’s first drone delivery to be piloted over a cellular network, as a proof of concept ahead of the roll-out of 5G low-latency networks and an indicator of just how important edge computing could be in the future.

Vodafone’s Christmas-themed drone system, launched in December as a follow-up to the company’s earlier 4G-powered Radio Positioning System (RPS) trial, carried festive treats to 75 volunteer Watch Keepers working for the Portland Bill Coastwatch at one of the UK’s most southerly points. Often inaccessible during winter, the location proved perfect for testing out the UK’s first 4G-connected drone delivery attempt.

“Technology plays an increasingly important role in connecting people over Christmas,” explains Vodafone UK’s chief technology officer Scott Petty. “Flying a drone over 4G for the first time gives us a glimpse of what Christmas deliveries of the future might look like.”

Switching from traditional line-of-site radio links to 4G or 5G cellular connectivity allows for the drones to be flown over longer ranges, while Vodafone’s RPS technology means that the drone can be tracked and located even if it passes out of the operator’s line of site. While the current 4G system has proven adequate for rural use, the company has indicated that it will take the launch of low-latency 5G networks and the improved responsiveness they would provide to make drones deliveries an option in more built-up areas.

Vodafone’s experiments in this area indicate the growing role of edge computing in the modern world: increasing reliance on cellular connectivity and last-mile services, coupled with the need to handle general-purpose processing tasks as close to the base stations as possible, will make small-cell and combined-processing platforms like the CrowdCell project, on which Lime Microsystems has been working with other partners including Vodafone under the Telecom Infra Project umbrella, absolutely vital for service delivery and expansion.